There’s always plenty to do to keep the Rec looking good. Find out what we’re up to – and our future plans, which include a bog garden and a learning circle… 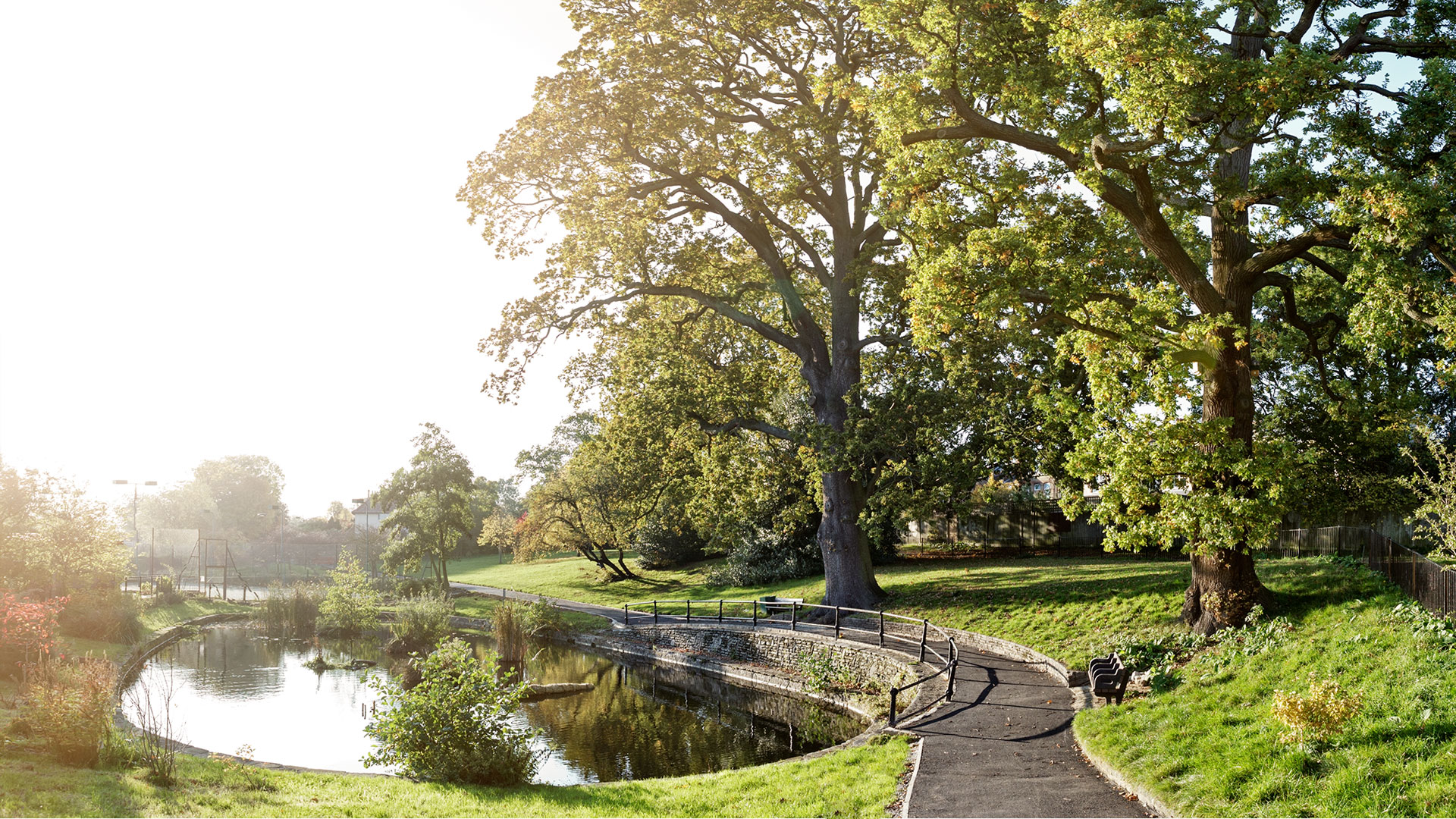 We couldn’t keep the Rec looking so good without the help of all our volunteers. Together, on our Work Days, we tackle planting, pruning, weeding, mulching, composting, and sweeping as necessary and right for the season. We also aim to keep the pond healthy and clean, removing algae and unwanted weed, but guarding plants that add colour and oxygenate the water. 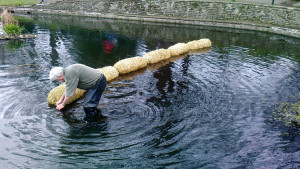 A regular task over recent years has been the building and launching of barley booms. You may have noticed these booms floating towards the eastern end of the pond, providing popular perching spots for water birds. As the barley decomposes, it releases natural chemicals which help to discourage the growth of algae and the dreaded blanket weed which, while not unhealthy in itself, makes it hard for small water birds to swim around and covers the water surface in an unattractive scum.

The Council still contributes by mowing the larger grassy slopes. Smaller areas – especially on the banks of the pond – are protected for the flowers they foster. We’re lucky enough to get some wonderful spring displays, and need to let those plants die down before strimming and mowing the slopes.

Over the last two years, helped by the Enfield Conservation Volunteers, we have removed sections of the leylandii hedge that surrounded the tennis courts. Gardeners will know that leylandii – not native to the UK – is often planted because it is dense and quick-growing. It is, though, hard to control and dull in terms of blossom, flowers, fruit and attracting wildlife. The roots also undermine nearby structures – including tennis courts – so there was little to be said for maintaining the hedge as it had become.

As leylandii has been removed, the opportunity has been taken to plant native hedgerow plants, including hawthorn, blackthorn, elder, dog-rose and yew. The new plants have taken well and begun to be fruitful. We can look forward to new hedgerows which are easier to control, better to look at and should attract a wider range of butterflies, bees and birds.

Between Conway Road and the tennis courts, there’s a stretch of railings, fencing and a rather harsh area of concrete. By adding boarding, filling with compost and soil and adding a stretch of weed-retarding fabric, it’s been possible to build and plant a ‘boxed’ bed with box plants and herbs softening the outlook and potentially offering a little more wildlife habitat.

Repair work was undertaken a while ago on the heavy railings near the pond and there are two, more recent, small projects. A short stretch alongside the Conway Road/Cannon Road pathway has recently been completed. The Council couldn’t finish the work, but we used a grant to complete what had been started and help protect newly-planted hedging.

Another small job we hope to fund is to replace the low piping near the Conway Road exit by railing similar to the original stretch, but matched in height to close-by fencing.

Work with mortar and stone allowed us to fill gaps behind the benches by the pond. And a Yorkstone path is being built to give safer access to the storage shed behind the Clubhouse.

The area of the Rec next to Cannon Road and behind tennis court 5 is hard to keep under control, partly because of heavy bramble growth. We’ve planted some trees, regularly remove rubbish that gets left, and have tried with the help of a rotavator to tame the area a little. The aim is to keep the space clean and accessible without removing the rather wild feel that can attract a wider range of animals and birds to the Rec.

Another possible project is currently under review for this area. The original pond stretched from its current location along beside the tennis courts and into the area by Cannon Road; indeed, the ground there still gets rather marshy after rain. We’re looking into the possibility of making part of this patch into a bog garden which would support its own range of wild flowers and wildlife.

We’ve asked the Woodlands and Wetlands Trust whether their specialist teams could offer advice. If they don’t charge too much and it’s clear such an area could be maintained successfully, the bog garden might be an interesting project. We’ll keep everyone briefed on progress!

Conway Rec isn’t large, but it’s an easily accessible green space in which people – and especially children – can enjoy and learn about their surroundings. Our new information panels are the first step towards creating a discovery trail, thanks to the People’s Postcode Trust grant. The next stage would be to create and install a learning circle at the beginning of the trail.

The learning circle would provide an assembly point for groups of young visitors, including pupils from St Monica’s School, scouts and guides, and local families. We envisage a mosaic circle – possibly containing a simple map of the Rec and some images of birds and animals that can be found here. The circle would be surrounded by simple seating and would provide a place where the Rec can be surveyed and discussed before setting off on a trail that would take in all four discovery panels, the pond, hedges and, in due course, the bog garden.

When we are able to get under way with this, we’ll certainly be looking for design ideas, particularly from young people who visit and know their local Rec. Watch this space!