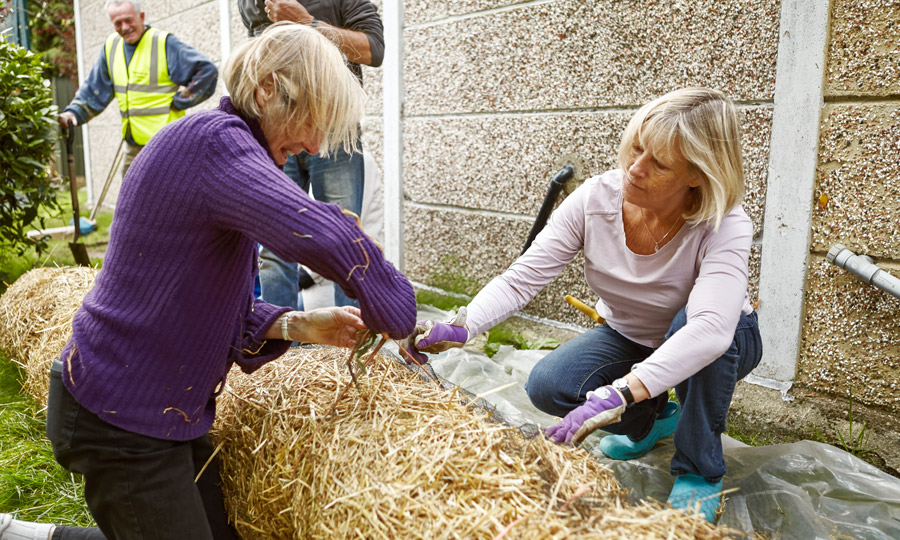 You may have noticed the floating bags of straw at one end of the pond. These barley booms play an important role in maintaining the Rec’s natural balance. Here’s why…

Lakes and ponds can suffer during the summer months from the growth of algae. This is encouraged by sunshine and excessive nutrients in the water, like run-off fertilizer and dead leaves.

These barley booms play an important role in maintaining the Rec’s natural balance.

The infamous blanket weed is actually a type of algae that forms a dense mat just under the water surface and green scum around the edges. When this happens, the water becomes deoxygenated and less healthy for aquatic life.

Pond algae can be discouraged by floating a mesh bag of barley straw on the pond – the barley boom. A new boom is constructed and launched in spring and removed when it’s turned black (usually about six months later). We usually float a fresh boom in the early autumn.

Some of the Friends have become quite expert at making barley booms. And they don’t charge for lessons!

Posted in Nature Notes, Our Work
← Diary date; Next Work Day is December 4!Can you spare something for Conway Rec this Xmas? →